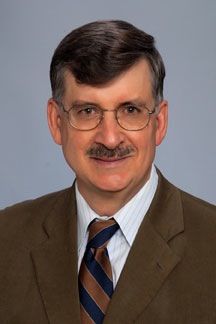 Martin Bennett is Instructor Emeritus of American History at Santa Rosa Junior College (SRJC) in Sonoma County California where he has taught for twenty-six years.

He is a Research and Policy Analyst for UNITE HERE 2850, a union representing restaurant, hotel, gaming, and food service workers in the East and North Bay of the San Francisco Bay Area. He is one of the founders and former Executive Director of North Bay Jobs with Justice, a community-labor coalition of 24 unions and community-based organizations affiliated with the national Jobs with Justice network. He is also one of the founders of the North Bay Organizing Project (NBOP), a faith-based community-organizing project in Sonoma County affiliated with the Gamaliel Foundation, and he served on the NBOP Leadership Council.

In addition, he is past president of the SRJC/California Federation of Teachers Local 1946 and he served as a board member of Sonoma County Conservation Action. He writes regularly about labor and civil rights issues for the Santa Rosa Press Democrat, Sonoma Gazette, Petaluma Argus-Courier, BeyondChron, California Labor Federation Labor’s Edge and other print and online publications.

In 2006 the SRJC Faculty Senate honored him for “Outstanding Contributions and Professional Achievements.” In 2012 the SRJC Classified Senate named him the “Outstanding Faculty of the Year.” Also, he has received numerous awards for his leadership in the labor, environmental, and civil rights movements. In 2005, California Assemblywoman Noreen Evans, honored him for his civic activism and community service and the North Bay Labor Council (AFL-CIO) presented him the “Harry Bridges Labor Leadership Achievement Award.” In 2015, he was recognized as the “Sonoma County Democrat of the Year” by the Sonoma County Democratic Party and in 2016, the Peace and Justice Center of Sonoma County presented him their annual “Peace and Justice Award.” In 2017, the Fannie Lou Hamer Institute on Citizenship and Democracy at Jackson State University honored him with the “Fannie Lou Hamer Humanitarian Award” as one of the founders of the Institute in 1997.